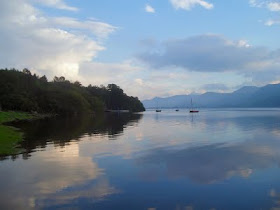 is one of the largest lakes in the English Lake District. It is long and narrow, approximately 4 miles long and .75mile wide, and about 70ft deep. It is said to be home to the 'Eachy' which is a name given to a species of lake monster from a variety of locations in . An Eachy was typically a large humanoid being of gruesome and slimy appearance which occasionally emerged from the lake. It was first reported in 1873 and the following reports from the 20th Century. The latest reports however talk of a Loch Ness monster type creature, more sea serpent than humanoid.

A scientific expedition was launched to find the mystery creature in September 1961. The team, consisting of three atomic scientists ,who conducted an underwater exploration of the lake. However, they did not find the 13 foot long, triple-humped, python headed creature that had recently been reported.
http://news.google.com/newspapers?nid=1300&dat=19610912&id=3aQUAAAAIBAJ&sjid=5qwDAAAAIBAJ&pg=4018,1662544 link for original news article 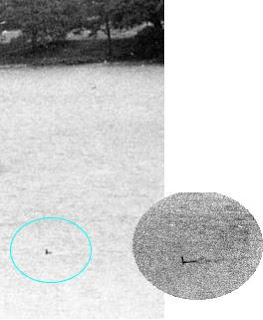 Then in summer of 1973, Rudolf Staveness and Gunnar Jacobson went on a roundtrip of , and and whilst stopping at Bassenthwaite photographed a creature in the water. The story plus photos is here:
http://home.online.no/~jackobse/gunnar/engl1973/bassthwt.html


Rudolf Staveness is reported as saying: "Resting near to I saw something that made me both exited and intrigued at the same time. Something strange was swimming in the lake. It ducked below the surface and reappeared some distance away. The speed that the animal moved was amazing. I have never been able to find out what it was I saw, and my story has been met with some ridicule."


There appear to have been no recent sightings and I understand that diving is not allowed in the , so it may be the truth is never discovered about the Eachy or lake serpent.
Thank you to Alex Langstone for permission to use his photo. His blog is here :
http://spiritofalbionblog.blogspot.com/2008/03/legends-of-bassenthwaite_16.html