goodbye to one of the great monster hunters Robert Rines 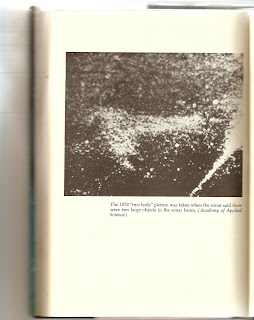 The sad news that Robert Rines passed away on November 1st, is also a sad day for cryptozoology.
He one was of the leading figures in the hunt for the Loch Ness Monster. The underwater pictures he and his team took and the sonar readings are famous around the world. The sonar picture here may not have been seen by many people as I don't think it was widely published at the time.


I met him twice and found him to be friendly and open, not at all standoffish and always willing to explain what they were doing and show people the equipment. He himself ,I understand, had a sighting of nessie in 1971, along with his then wife, Carol(also now sadly deceased) and two friends.
He was dedicated to finding proof the creature existed and even bought a cottage on the Loch side to have a permanent base of operations. He was a patents lawyer by trade but was inventive in his pursuit of Nessie.
I cannot believe he is gone, he never looked his age and must have been in his 50's when I first met him, but was full of life. The picture here is from that time in the 70's when hunters gathered at Loch Ness and excitement was in the air. 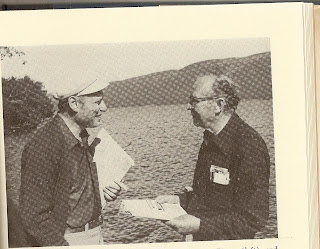 Although the excitement died down, Robert Rines enthusiasm never did and he was at the Loch in 2003, the last time I saw him. It is to my regret I didn't make more time to go and chat.
RIP Robert Rines 1922-2009
Your Presence will always be felt on the loch side and you will be greatly missed.

(Picture taken by Dennis L. Meredith of Robert Rines and Doc Egerton.)
Posted by Tabitca at 01:36