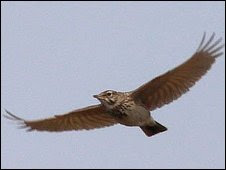 Some recent findings cause pause for thought. Original article here:

Collagen, hemoglobin, elastin, laminin and cell-like structures resembling blood and bone cells have been found in a dinosaur bone scientists still claim is 80 million years old, according to a report in Science magazine today.

Paleontologist Mary Schweitzer of North Carolina State University first claimed to have isolated soft tissues and collagen from a Tyrannosaurus rex leg bone several years ago..However because the leg was broken during excavation, the evidence was damaged and could never be independently confirmed. Schweitzer then examined a more pristine leg of a plant-eating hadrosaur excavated from sandstone and found even better samples of soft tissue, according to the report. "Our findings demonstrated that it did contain basement membrane matrix," said Lewis Cantley, chief of the division of signal transduction at Beth Israel Deaconess, and a co-author on the Science study. Basement membranes, which degrade and regenerate during development and wound repair, comprise a continuous extracellular matrix that links endothelial, epithelial, muscle, or neuronal cells and their adjacent stroma. In situ mass spectrometery independently verified amino acids in dinosaur tissues, including the collagen signature amino acid, hydroxylated proline. While scientists previously questioned the possibility that soft tissue could survive tens of millions of years of fossilization, few seem to be questioning their assumptions that dinosaurs actually went extinct 65 million years ago.

Well the possibilities of Jurassic Park loom nearer but it also has set the creationists off in a frenzy. They claim the bone can’t be that old and it confirms their theory the world is only a few thousand years old. No matter what I , and others, may think of their logic , they do fund expeditions to look for cryptids ,but their evidence for anything they found would have to be 100% testable because of their beliefs. It is a difficult thing when beliefs can effect any evidence produced making it invalid in the eyes of others.

The next item may affect those who believe they have seen the so called “Thunderbirds” or giant birds. Original article here :http://news.nationalgeographic.com/news/2009/04/090428-giant-pterosaurs-fly.html

Giant pterosaurs, colossal winged reptiles that lived alongside the dinosaurs, have long been considered the heaviest animals ever to take to the skies. New research suggests that the notion of giant pterosaurs soaring over Earth simply isn’t feasible.Based on the weights and body sizes of modern birds, a new study finds that animals heavier than 90 pounds (41 kilograms) with wingspans greater than 16.7 feet (5.1 meters) wouldn't be able to flap fast enough to stay aloft. The conclusion casts serious doubt on the flying ability of large pterosaurs such as Quetzalcoatlus, thought to be one of the largest airborne animals of all time. The late Cretaceous creature may have weighed up to 551 pounds (250 kilograms) and had up to a 34.1-foot (10.4-meter) wingspan.

"I think that the giant pterosaurs could not stay aloft in an environment similar to the present," said study leader Katsufumi Sato, an associate professor at the University of Tokyo's Ocean Research Institute. He went to say that even if they could stay in the air ,taking off would be a problem.

However some have theorised that the birds /dinosaurs jumped from cliffs and simply glided.

Some scientists are not quite convinced that Sato's research means large pterosaurs couldn't get airborne. "One possibility is that Sato's findings don't really apply to pterosaurs or even to all birds," suggested Davin Unwin, a paleobiologist at the University of Leicester in the U.K. For example, Argentavis, a giant bird thought to have existed six million years ago, had a wingspan of 20 feet (6 meters) and seems to have been able to fly, Unwin said. What's more, Unwin said, giant pterosaur fossils all seem to have extraordinarily thin bone walls, which could mean the animals were lighter than their size would suggest. Makoto Manabe, a senior scientist at the National Museum of Nature and Science in Tokyo, also thinks it's possible that pterosaurs were simply lighter than we currently think.

So confusion reigns once more. If scientists can’t agree, how can we, as amateurs, ever hope to come to a conclusion about anything? It will be an amateur ,not a scientist, who finds a cryptid, and then the boffins will take over, and those “amateurs” who have studied the phenomena for years, will be pushed aside. It doesn’t work like in the movies unfortunately.

And another story to add to the pot:

Now experts are saying a "pocket" of dinosaurs survived and roamed a remote area of what is now New Mexico and Colorado, alot later than first thought.Carbon dating of newly-discovered bones in the San Juan Basin proves that these lived for another half-a-million years. The discovery, published this week in the journal Palaeontologia Electronica, has been hailed as one of the most important breakthroughs in palaeontology this century. The bones were discovered buried at Ojo Alamo, a soft sandstone valley deep in the remote San Juan Basin. A team of experts unearthed the bones, which included 34 from a single hadrosaur, and used carbon dating techniques to age them. According to the results, they were 500,000 years younger than any other dinosaur bones previously found. Jim Fassett, author of the research of the US Geological Survey, said many would still doubt the discovery. He said: "The great difficulty with this hypothesis – that these are the remains of dinosaurs that survived – is ruling out the possibility that the bones date from before the extinction. "After being killed and deposited in sands and muds, it is possible for bones to be exhumed by rivers and then incorporated into younger rocks." David Polly, editor of Palaeontologia Electronica, said the scenario of humans and dinosaurs existing together still belongs in the "realms of fantasy". He added: "One thing is certain – if dinosaurs did survive, they were not as widespread as they were before the end of the Cretaceous and did not persist for long. This is a controversial conclusion, and many palaeontologists will remain sceptical."

So The Lost World hypothesis continues on.

I liked this article and the information provided. What I didn't like is that the article singled out creationists for having beliefs and stated that due to these beliefs, their evidence should be 100% testable. Shouldn't all evidence be 100% testable no matter the source? Don't all people, creationists, evolutionists, and others have beliefs that alter their perception of every situation?

creationists will not accept scientific evidence and will not listen to reason. evolutionists will at least look at evidence scientifically. Religious beliefs colour people's evidence more than scientific ones and close people's minds. As a psychologist I come across this all the time. I have no time for religious fanaticists who use flawed science to try and prove their point , no matter what the religion.