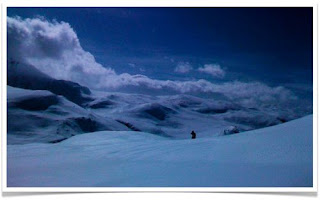 News of the Russian Expeditions to look for the Yeti.

The search for the Yeti or Bigfoot of Shoria Mountain in Russia is set to continue as the snows melt and the weather warms in Siberia. The expedition will commence in June 2009 and will be headed by Valery Kimiev and Professor Nikolai Skalon, the head of the department of Zoology at the Kemerovo State University. Local’s are still alleging they have seen the bigfoot type creature in the area surrounding the Azass Caves on many occasions. One local will be joining the expedition, Hunter Michael Kiskarov who claims to have seen a Yeti more than once.
The local head of government Vladimir Tashtagol has received 14 written reports by residents of remote villages around the area of the Azass caves and the nearby Mrassu river claiming to have seen these creatures in recent years. The Cryptids are described as being two meters tall, with reddish black hair that resembles that of a brown bear. The Azass cave is several kilometres deep and it is believed the Yeti or Yeti’s dwell deep in its interior. Some believe that the creature is a lone neanderthal survivor or the sightings have been of one of a number the species, part of a small colony that represents the world’s last Neanderthals.

The Yeti continues to be in the news. Lets hope there are some results from the new expedition.