How easy is it to fake something?

After all this talk about fake stuff to do with bigfoot,I am not going to go into the debate about the face print, footprints etc, I decided to see how easy it is to fake a photo. I took a photo I had taken at Loch Ness in 2000 and added a couple of humps. I have deliberately posted the photo so you can see it has been scanned in so no one tries to use it. 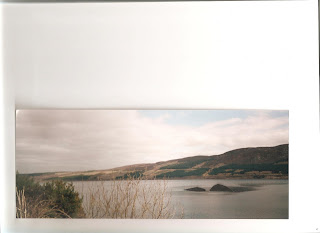 By sticking the humps on a shadow in the water that was already in the photo,I was amazed how real it could have looked if scanned again and especially if turned into black and white. So It is that easy.
But the question still remains -why would anyone deliberately mislead people by doing that? To a genuine researcher , this sort of  fraud is just beyond comprehension , and means it makes the cryptid a joke ,so that very few scientists will get involved in any attempt at serious study.Modern technology makes it too easy, even a know nothing about photography like myself ,can do it.