As its been a bit slow news lately thought I would do some slef advertising and put up some extracts from my crypto-fiction books.
first  the new one:
http://www.amazon.com/Dark-Wear-Trilogy-ebook/dp/B005OJF2CI/ref=sr_1_1?s=digital-text&ie=UTF8&qid=1317291055&sr=1-1 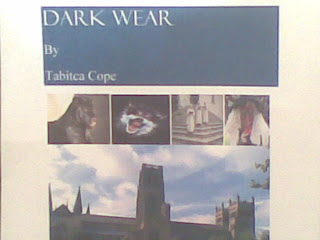 Paul rubbed his eyes. It can’t be! He looked again.The large black cat, the size of an Alsatian dog, continued to stalk its prey. It registered Paul’s existence but had its eyes on a rabbit. Paul grabbed his phone and did his best to stop shaking and try to take a photo. The noise of the camera caused the cat to turn and snarl. Only then did Paul realise his predicament. He was in a field, a long way from help if he yelled, with no weapon, facing what looked like a black tiger. Should he run? No, it would chase him. Maybe he should just stand very still, like on the Jurassic Park movie and it might not see him. He prayed that would work. The cat turned back to look for its prey which had run off. It stalked through the hedge to the next field to follow it and was gone. Paul stood perfectly still for what seemed like an hour but turned out (when he later looked at his watch) to be less than five minutes. He realised he was holding his breath and breathed out a sigh of relief. Shakily he headed as fast as he could for the road, his backpack seemed to be pulling him back as he tried to go faster. He started running and after several minutes saw a row of houses ahead of him, and a pub. Gasping with the effort, he fell through the door of the pub that was standing open as a delivery had just taken place. The startled man behind the bar came towards him and then, taking one look at Paul’s white face said,” Here, here, son, what’s all this now, someone chasing you?”
Paul collapsed into a chair gasping and trying to talk. “ Get your breath lad, get your breath, Don’t try to talk, you are safe here” said the man looking concerned .
A woman came around the bar “Should I ring the police Jim, is the lad ok?”
“Wait until he tells us what happened, and get him a brandy”
The woman stuck a glass under an optic and then came round the bar and handed it to Paul
”Drink up, lad” said Jim.
Paul took the glass, his hand shaking, and drank gratefully and then spluttered as it caught in his throat.  He blurted out “I saw a monster cat, a huge black thing.” He told them about what had happened and showed them the blurry photo on his phone.
“I’ll go ring the police Trace, that sergeant that looks into this stuff, he’s been in here for a pint before”
Tracey nodded and patted Paul on the back. “You are not the first to see it lad and probably won’t be the last. Calm yourself down. Jim will get the police to have a look. Just sit there and get your breath, you will be okay.”
Tracey went back behind the bar and continued cleaning glasses. “Poor lad” she said to herself “what a shock for him, there’s been more and more reports lately.  It’s time the police did something before it attacks someone.” Tracey did not doubt there was a big cat in the area, there were too many people she trusted who had seen something or found traces of its passing.
Laura was watching the local evening news. Another big cat sighting in County Durham said the woman. Laura sat up, “That is near here, just up the road almost.” She said to herself.  “Better keep the cats in at night, just in case.” She had heard enough about the sightings to think it might be an escaped animal that some how weathered the winter and was roaming about.
Posted by Tabitca at 03:12