The Searle Photos of the Loch Ness Creature

Frank Searle allegedly took many photos of Nessie. I realised that not many people will have seen them as his first book was taken out of circulation because of allegations of plagiarism and unless you are old enough to have visited his tent , you would not have had chance to view them . I have a copy of the book in paperback. "Nessie seven years in search of the monster" by Frank Searle1976 pub by Coronet books London . Some of his photos(I counted 20 last time I visited him) are reproduced in the book and I have scanned them in for you to see.
Frank died in 2005 in obscurity but for his time on the Loch he was a bit of a star and TV crews came to see him and tourists flocked. I will not go into the stories here about him,( will save that for my book perhaps), but sufficient to say he could be quite aggressive if you accused him of faking the photos .He could be charming whilst you agreed with him but it was best not to disagree with him within earshot . In saying that I have a soft spot for Frank as he was a character and somehow seemed to fit in with what was going on at the Loch at the time.


So here are some of the photos see what you think. 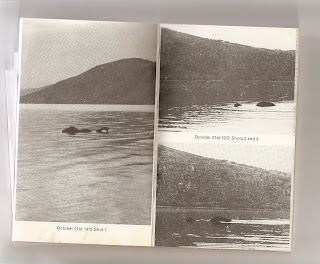 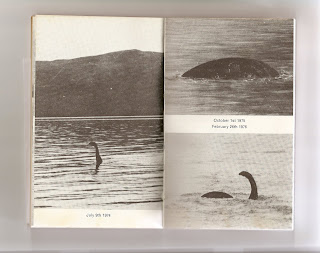 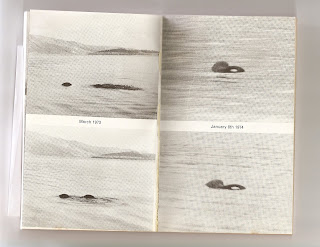 Hi Tabitca
I have a copy of his book that I bought from Steve Feltham .
Steve seemed a bit miffed that Frank Searle was'nt more engaging with him but i'm not sure if they were both up there at the same time.
Anyway I read the book and thought that if Frank had seen the monster so many times he must be one of the luckiest people alive!
He seemed to have a different lady with him in every photo so I guess his notoriety did him no harm.
When he died I was saddened to learn that he was in a rest home only 6 miles from my home as I would have loved to have visited him.
Simon

Frank liked to be the only monster hunter and could be quite abrasive. I am not sure if he had left the Loch when Steve arrived. I will check up and find out. Thanks for your comment.