Strange encounter from the Kon-Tiki expedition

I have always been fascinated by the Stories from the Kon- Tiki expedition about their encounters on the sea. I especially loved this one about the strange phosphorescent creatures that appeared at night (see extracts, you can click on them to make them bigger)

I wondered whether they were giant jelly fish or some strange unknown creature that would only be encountered by sea going craft that didn’t have engines, in other words sailed fairly silently. Maybe the creatures no longer exist, extinct like so many others without even being named. Whatever the answer , it is a great imagination mover, reading the book , and well worth a revisit. I had forgotten so much about it , until I reread it recently but the strange night creatures had always stuck in my head. 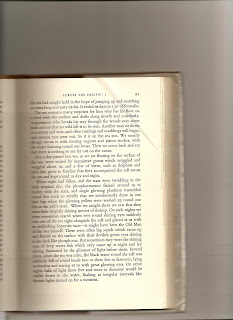 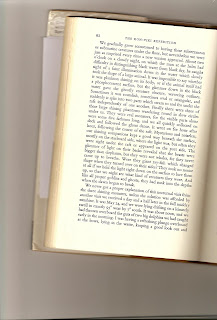