Bigfoot in the news

Bigfoot is in the news again .A new sighting and a new research group in .

Searching for Sasquatch here in Reported by: Delaine Mathieu

LEAKEY, Texas - Last fall, after several people called police saying they saw something that looked like Bigfoot on the Northwest side of San Antonio, we were contacted by a group of men who call themselves Bigfoot investigators. They said they're convinced that Sasquatch is here and probably alw 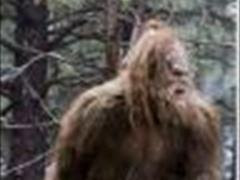 ays has been. So, our Delaine Mathieu said -- prove it! Last December, a homeless couple in called 911 saying they saw something in the woods off Highway 151 and Culebra. "I would be a liar if I said I thought I knew what it was, but I don't know. I know it picked up that deer and walked," reported the caller. Police checked it out, but nothing was ever found. Troy Hudson believes Bigfoot is here. He used to work for the Department of Homeland Security and now runs TBIG -- The Bigfoot Investigation group in . "I've been in the woods a lot as a child and I've seen things I can't explain to you," told us. We set up camp with him and his colleague, Chase Robinson at in near Leakey -- where a man in a truck reportedly saw a Bigfoot on Highway 83 in 2006. "It was in December, early December around 10:30pm," said. "He was messing with something and he happens to look up and notices movement." He says the creature ran across the highway and disappeared. "But that sounds crazy!" Delaine told . "That sounds almost ridiculous, right?" told her there are too many witnesses, too many reports across the country, too much documentation, too much data that suggests what are these people seeing? Crazy is a word Troy and Chase say they hear a lot in their line of work, but there are several Bigfoot investigative groups in Texas like TBIG -- determined to find Bigfoot. "If people in are reporting a tree knock and a whoop as well as someone in , , , , -- it only leads you to believe that there's something out there." And to the unbelievers out there who call these guys nuts? They say, just go on an expedition. "Try it. Before you condemn us, go out and try it," Chase told us. "See what they see and listen to the sounds of the night." Reported by: Delaine Mathieu

Meanwhile over at Phantoms and Monsters A Russian Hunter Claims He Saved Bigfoot From Drowning: