More on Loch Morar and it's creature

Loch Morar is a fresh water loch in Morar, Lochaber, .It is of glacial origin and contains five sizeable islands and is said to be eleven miles long and a mile and a half wide and 1000 feet ( 333 metres) deep at it’s deepest point. Like Loch Ness, reports of large unidentified creatures in the loch have been made, some said to date back to the 1880’s.The monster has been named Morag by locals. Sightings of the creature were thought to be the warning of a death of one of the local clansmen.Sightings date back to 1887, and include some 34 incidents, as of 1981. Sixteen of these involved multiple witnesses.

I found this transcript that Tim Dinsdale had in his book “The Leviathans” ( 1976 ed Futura pub ltd London page 239 ) from a tape of an interview with Mr Macllelan and Mr John Mac Varish who had an encounter with the creature of Loch Morar in 1975. 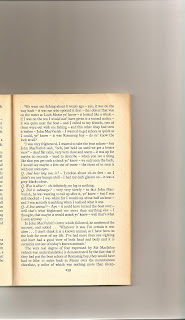 The fear from the men shows it was something they did not recognise, however that does not mean it was an unknown animal , just unknown to them. Once again the sighting follows the pattern of so many other lake creature sightings throughout the world. the description of a whale like, the size and the movement. One day we may find the answers.