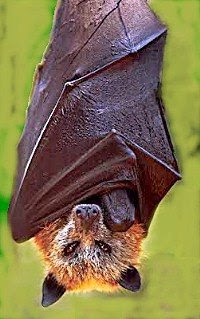 Mr. Oscar Solar Valdebenito, married, a sergeant with the Carabineros, was performing his duties as a security guard in the of the city of on Friday, April 28 2000. The facility was under construction at the time.

Mr. Solar was alone and was making his rounds of the construction site’s interior. Once he returned to the guard shack on the southern side, using a passageway located in the back, he noticed the presence of an "animal" standing 1.20 meters tall, average complexion, with a small head in proportion to the rest of its body. The creature sat on top of a metal pole ending in four luminaries, standing some 8 meters tall. The animal landed at the very same time that the watchman turned his attention to the site. Solar was able to see the lights go out and the pole shake as a result of the creature’s descent. The estimated weight of this strange being was some 40 to 50 kilograms (according to the eyewitness). Its head featured two medium-sized ears, sideways and pointing upward, with rounded tips, pricked up like those of a police dog. Two long wings with pointed ends emerged from its shoulders. It never folded its wings, keeping them unfurled "like a vulture under the sun" (eyewitness’s description). He saw no feathers, only a kind of velvety skin, dark grey or black in color. He was unable to make out the face. The wings extended to the creature’s lower body, where he could also see two legs. A pair of stubby arms could also be seen under the head.

The witness was accompanied by four dogs, a beige bitch in the lead. Apparently, the "winged animal" pounced on the dogs, but these took off running and howling in a southward direction, abandoning the construction site. Five or six youths coming down from the north along the train tracks that go beside the site, also took off running when they saw what was going on. The witness explained that he was standing some 30 meters from the pole. He didn’t manage to move or turn on his flashlight, such was the degree of fright and surprise inspired by the situation described. He recalls having heard a sharp, loud squawk as the "animal" landed on the pole. Judging by the tone of this squawk, it was reminiscent of a loudspeaker’s crackle.

The "animal" eventually landed on the ground after making a flight in a gentle curve. It landed on a conical pile of dirt. After the dogs took off, it flew off with two gentle flaps of its wings, flying over a 3 meter wall, above which five wires are suspended, providing light to another streetlamp on the corner. The creature never came close to touching them. The animal came within 10 meters of the witness’s position. Its descent to the ground left prints on the mound of dirt - the witness managed to see "three thin holes" and fenced them off, but they were erased and destroyed on the next day at the order of the construction supervisors.

Personnel from Carabineros (state police) reported to the scene the next day, along with the Servicio de Investigaciones (civil police) who displayed their annoyance with the construction supervisor for having erased the prints, despite having been informed of the situation.

The witness confesses that when "the animal" was close to him, flying off with a gentle beat of its wings, he was unable to control a bowel movement, a fact that he has tried to keep confidential on account of the customary jokes that tend to emerge in such cases.

The young men who were walking along the train tracks were never located, although efforts are under way, and Radio Los Confines apparently succeeded in this endeavor. But this rumor has not been confirmed.

It sounds like a large bat, but an interesting story just the same. Maybe Mothman goes to for his holidays?