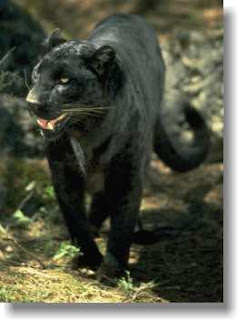 There’s been yet another panther sighting in , but this time not on The Chase. Post reader Mrs V. Golder wrote in reporting two sightings by a friend of a ‘sinister’ animal on , Chasetown. The woman saw the beast both times just before and after 8am.Mrs Golder reported that she’d suffered some garden damage to a fencing, a plaque and a solar light. Most commonly the big cat has been reported as being near the Katyn Memorial and the , but there have been instances earlier in the year when residents reported sightings in Heath Hayes and Norton Canes, describing the animal as the size of a labrador but with the movement of a cat. Other reports seem to fit this, with a description of being smaller than a deer but with a long, black tail.There are debates as to whether the animal is really a panther, with some suggestions being that it is instead a Lynx or a Bobcat, but in both cases this does not fit either the colour of the animals or the tail lengths. It is likely that the cat is one of three breeds; a panther, a rare black jaguar (not too dissimilar to a panther) or a Maine Cat - an American breed which isn’t a big cat, but is middle-ground between domestic and panther. Big cat expert Neil Arnold, of Kent Big Cat Research, said he was in no doubt panthers and other big cats are loose in the , but played down their threat to local residents. “These cats are not a threat to humans, as there is so much prey out there in the wilds, from rabbits to deer and from birds to livestock, but such animals must be taken seriously,” he said.