Morag , the other lake monster 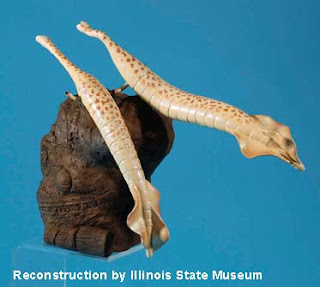 In the absence of any ground breaking crypto news so far today,I thought I would look at another Lake Monster. Can't you tell I like them :-).

Loch Morar is a freshwater loch in Morar, Lochaber, Highland , Scotland. It is the fifth largest loch in Scotland and is also one of the deepest freshwater lakes in the British Isles. The name "Morag" is a pun on the name of the lake in which the creatures lives, and of the Scottish female name, "Morag". Sightings date back to 1887, and include some 34 incidents, as of 1981. Sixteen of these involved multiple witnesses.
In 1948 "a peculiar serpent-like creature about 20 ft long" was reported by nine people in a boat, in the same place as the 1887 sighting. The most famous sighting was in 1969.

In August 1969, Duncan McDonnell, and Bill Simpson, were fishing on the loch in a motor cruiser. They became aware of a loud splashing in the water behind them and turned to see a large object in the water, which rammed the boat side on. Simpson grabbed his shotgun from the boat and fired at the creature, which was described as '25 to 30 feet long, with dirty brown rough skin, 3 large black humps and a snake like head'. The creature slowly slipped back under the water after it had been shot, much to the relief of the two men. Morag has been seen on several other occasions. The loch's remoteness and lack of an accessible road has meant there have been fewer sightings than of the Loch Ness creature or it may just be there are less appearances.
A pair of photographs was taken in 1977 by Miss M Lindsay show an object in the loch which is claimed to be Morag. The object appears to have moved several yards from one picture to the other. The first picture shows a round back, while the second picture seems to show two humps. I have been unable to find a copy of the photos but someone will have one in one of the books about Lake Monsters.
The Loch Ness Investigation Bureau expanded its search to include Loch Morar in February 1970 and
several expedition to look for evidence of the creature have been made, but no hard evidence for a large creature has been found.

In 1968 Frank Holiday proposed that Morag and other creatures like her, could be a giant invertebrate type animal and cited the extinct Tullimonstrum . (see picture).

Like Loch Ness, the Creature in Lake Morar remains a mystery.