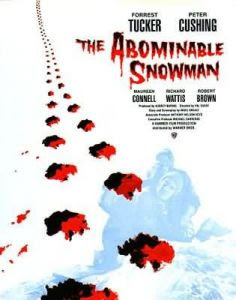 A round up of the news from the cryptoworld today

Latest on the Yeti Hunt from mosnews.


The much anticipated search for the legendary Snowmen that have recently been sighted by hunters in the vast wilderness in the vicinity of the city of Kemerovo in Russia has failed to find anything. Researchers remain hopeful however and plan to return for another more thorough expedition.

Stories of ‘Yeti’ style creatures described as human-like with black/brown hair have circulated in this region of Siberia for centuries and with recent reports of hunters witnessing the creatures in an area known as the Azasskoy caves it was decided that a proper academic search should take place.

The researchers noted that the Azasskoy caves go to a depth of several kilometres and only the very entrance of the cave was searched. A more thorough expedition is planned for summer .

A group of American filmmakers have arrived in the eastern province of Van to shoot a documentary on the “Lake Van Monster”.The reality television investigation on Turkey’s largest lake will be broadcast as part of the U.S. reality TV series “Destination Truthsee full story here:

And last but not least:

A large whale carcass has been seen floating off the coast of Cornwall, the county's wildlife trust says.

The Cornwall Wildlife Trust said the carcass was last seen on Sunday about a quarter-of-a-mile (400m) north-west of Pendeen, moving towards St Ives.Coastguards said they were not taking any action because they did not believe the body posed a danger to shipping.If it is washed ashore, people have been asked by the Cornwall Wildlife Trust to call its strandings hotline.Anyone who sees it can put information about their sighting on the trust's website.

Now I wonder how many times it is reported as a sea monster? :-)