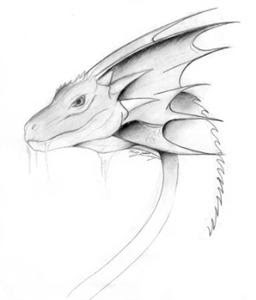 well new to me anyway. I found this lake monster story when browsing around, the Lake Elsinore Lake Creature. Native Americans were the first to claim to have seen Elsie lurking on the waters of Elsinore, but since then many have witnessed the creature

In 1884, a creature that appeared to be a cross between a plesiosaur and a sea serpent was sighted in the lake at the small town of Lake Elsinore. Since then at least once a decade, the creature has apparently been seen.Lake Elsinore was named after the Danish city, Elsinore, in Shakespeare's Hamlet. Lake Elsinore is Off Interstate 15 in Riverside County, CA .

In 1934, a Mr C. B. Greenstreet along with his wife and children reported seeing something in the lake. He described it as 100 feet long with a thirty foot tail. He also stated that waves as high as light posts washed on the shore in its wake. In 1967 a family boating on the lake also saw the monster. It supposedly rolled by them making dark high humps in the water. In 1970, Bonnie Play, a local resident reported seeing the creature twice. It was described as being roughly 12 feet long and about 3 feet wide. It had a series of humps and a long dinosaur like head, the creature was swimming is an up-and-down motion.After the 1970 sighting, 3 state park officals reported seeing the creature surface about 50 feet from their boat.

A factor that rules against its existence is that in 1954 the lake went completely dry, and no sea serpent was found lying on the bottom of the empty lake. Those who argue its existence claim that the monster wandered into a nearby cave in the hills and remained there until the lake was refilled. Many doubt the existence of Lake Elsinore’s creature , but for every person that doubts, there is one who believes.Sightings in 1970 would indicate that the creature had returned.

The lake going dry rather puts a damper on belief in my view but an interesting story all the same.